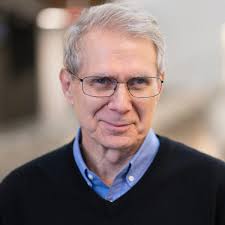 Kim Lewis is a University Distinguished Professor and Director, Antimicrobial Discovery Center at Northeastern University in Boston, a Fellow of the American Society of Microbiology, and a Fellow of the American Association for the Advancement of Science. He obtained his Ph.D. in Biochemistry from Moscow University in 1980, and has been on the Faculty of MIT, University of Maryland, and Tufts University prior to coming to Northeastern. Dr. Lewis has authored over 100 papers and is an inventor on several patents. His notable findings include the development of general methods to grow previously uncultured bacteria that make up >99% of biodiversity on the planet, the discovery of the culprit of recalcitrant biofilm infections, drug-tolerant persister cells; and several novel antimicrobials. Dr. Lewis has been a permanent member of the Drug Discovery and Drug Resistance NIH Study Section, and Chair of two NIH Study Sections on Drug Discovery. Dr. Lewis has served as a panelist and contributor to reports on antimicrobial resistance (AMR) by National Academies Institute of Medicine, the Pew Charitable Trust, and the European Academies of Science. Dr. Lewis is a member of Faculty 1000, a world-wide panel of experts evaluating research advancements. He is a recipient of the MIT C.E. Reed Faculty Initiative Award, and is a recipient of the NIH Director’s Transformative Award.

This website uses cookies to improve your experience while you navigate through the website. Out of these cookies, the cookies that are categorized as necessary are stored on your browser as they are essential for the working of basic functionalities of the website. We also use third-party cookies that help us analyze and understand how you use this website. These cookies will be stored in your browser only with your consent. You also have the option to opt-out of these cookies. But opting out of some of these cookies may have an effect on your browsing experience.
Necessary Always Enabled
Necessary cookies are absolutely essential for the website to function properly. This category only includes cookies that ensures basic functionalities and security features of the website. These cookies do not store any personal information.
Non-necessary
Any cookies that may not be particularly necessary for the website to function and is used specifically to collect user personal data via analytics, ads, other embedded contents are termed as non-necessary cookies. It is mandatory to procure user consent prior to running these cookies on your website.
SAVE & ACCEPT